Jan´s journey to become a Master of Gastronomy was not very straight forward compared to other Chefs. Jan mastered Social Anthropology in the University and started cooking as a hobby only a few months after that during his Work & Travel program in the US. Throughout his presence there he experienced all line staff positions in the kitchen and learned a lot on his journey - nowadays he is a well respected Executive Chef and it shows that the hard work paid off. We are extremely delighted to have Jan Kaplan as an Executive Chef at CODA Restaurant. We are very confident this was a great choice in order to provide our existing and future customers an unforgettable dining experience, thanks to his creativity and skill set.

Jan gained his experience abroad, mainly in the Great Britain, where he worked under Chef´s Angela Hartnett suprvision at Gordon Ramsey´s Restaurant located at The Connaught Hotel. Most importantly he was side by side for 3 years with Executive Chef Jonas Karlsson at Harvey Nichols Restaurant in London and this is where he gained the most of his experience and creativity. After returning home to Czech republic, Jan worked at renowned Restaurant U Kastelána with Executive Chef Michal Goth for a few years and after that his journey led him to one of the best restaurants in Brno - Pavillon, where he became an Executive Chef. Both of these Restaurant belonged amongst the best in the Czech republic and were highlited several times at Maurerův výběr ( czech version of Michelin Guide ). 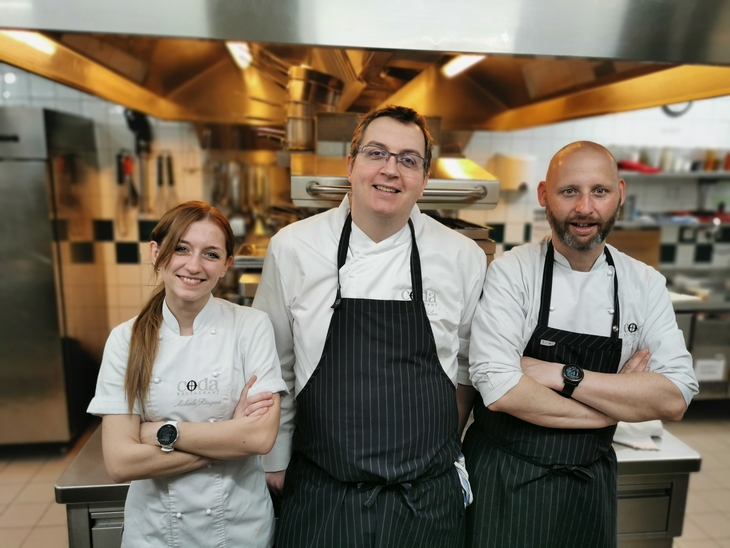 We are a stable team of professionals, who never give up and place high demands on ourselves and our surroundings. Our restaurant is a place that has a great deal to teach you and which will make you want to do more and to do things better. It is a place where your hard work, desire to improve and career growth will be duly rewarded and supported by your colleagues and supervisors. If you wish to work with us do not hesitate to contact us.